Repeated by popular demand this edgy and hot caning fiction is by special guest author 11plus.

All the characters are 18 years old or more and this story is strictly ADULTS ONLY! 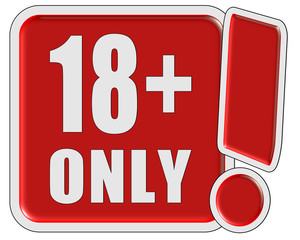 It had been quite a day at the Sixth Form.  All those sexy bodies had teased me into a lust-filled frenzy.  Now that I was home, I was turned on like never before.  Faster and faster, and ever more franticly, I wanked at my cock.  I grunted and groaned and sighed.  I was edging ever closer to a real corker of an orgasm.  I loved doing it there, sat on the pristine white toilet seat.  Suddenly, there was a loud rapping on the bathroom door.

Shit!  It was my brother, Dan.  He was home early and I hadn’t heard him arriving.  Just a few years older than me, hunky and bearded, he had been tasked with looking after me while our dad was on tour overseas.

“OK, OK, just coming!” I replied, quickly composing myself, flushing the toilet, shoving my cock back into my trunks, pulling up my jeans, and zipping myself back into decency.  Only my belt remained undone, to save time.  “Sorry!” I said as I emerged from the smallest room.

He barged me out of the way, slammed the door and locked it.  I could sense that he knew what I’d been doing in there.  No doubt my blushed facial features and slightly confused air would have confirmed it to him.  Still and all, at least I had warmed the seat for him, a tender mercy on a bitterly cold day like that day.

While he was busy, I laid on my bed.  I was worried that I had been rumbled.  I did up my belt, hoping against hope that I wouldn’t have to undo it again very soon.

A long while later he emerged, followed by the manly smell of at least one big log sent downstream.  The muscled hunk headed off for his bedroom, leaving me to wonder if there would be repercussions from my selfish occupancy of the bathroom.  I didn’t have to wonder for long though, as he soon appeared at my door with dad’s cane in his hand.

“Yes, the cane again,” he said sternly, rolling up his sleeves, exhibiting his finely muscled arms.  “You never learn, do you?  I’ve told you before about wanking in the bathroom.  It’s strictly verboten.  That’s why I put this bolt on your bedroom door, so you could do it in here in peace.”

“Yeah, I know.  I told you I’m really grateful for that.  Let me off please, I was just in the bathroom when the urge took me over.  Surely you remember what it’s like to be eighteen?  At least I warmed the seat for you.”

“And I’m going to return the favour by warming your seat for you!”

“I think, as you keep disobeying me, ten strokes would be appropriate.”

“That was before you were eighteen.  I don’t think he’d object if he found out what you’d been doing in his bathroom.  In fact, maybe I’ll call him now.”

“I know I can, so hurry up and get your pants down, and get over the bed!”

I scrambled onto the bed, and hitched my jeans and underwear down for him.  It was most undignified.  The icy blast of the cold winter air left me in no doubt that my bare bottom was being offered to him for suitable chastisement once again.

“Ten then, Gerald.  Try to keep the noise down.  Coming now.”

The first stroke is, in many ways, always the worst.  It’s always such a shock to the system.  My calm, only mildly excited state of mind was immediately jolted into a firestorm of hellish pain.  Shit, shit, shit!  I knew he would be admiring the cane’s signature red stripe, and probably my hairy arsehole, cock and balls too.  Such are the perils of having an older brother.  Yes, a brother some seven years older, and schooled in the use of the cane by my father.

The second stroke cut down on to my tender flesh.  The burn and sting spread rapidly, mating with the pain of the first stroke.  It was all I could do to keep from crying out.  Dan had asked me to keep the noise down, but I felt sure he would break me.  The most I’d ever had off Dad had been eight strokes, but my brother was promising me more.  I was hoping against hope that it was one promise he wouldn’t keep.

The third stroke whipped down viciously.  Indeed, it felt more like a whip than a cane to me, but that was probably my imagination running riot.  Anyway, running riot seemed to be what Dan was doing with that damned cane!  He slashed it down again and again.

The sixth stroke brought new misery.  It hurt really badly, but the worst thing about it was my awareness that this was where a normal caning would have finished.  I fidgeted nervously.  Dan placed his hand on my lower back, pushing me back into position gently.

He seemed to be trying to be nice to me, which was a fairly ridiculous notion, as he had the wicked cane to hand.  Anyway, I didn’t like him speaking to me like that at all.  In fact, I felt well and truly patronised.  The seventh stroke was a real killer, causing me to slump down on the bed with a loud howl of pain.  Right on cue, Dan cackled with undisguised delight.  What a bastard!

Dan cackled again as he lashed the cane down again, saying, “There’s your answer!”

The bastard hurt me really badly and he knew it.  He cracked the final two strokes down much more quickly.  I wasn’t sure whether that was a mercy or sheer sadism.  My arse was criss-crossed with fire from the rattan cane.  I sobbed quietly and slumped down again.  I wanted him to go.  I hoped he wouldn’t say anything else, but of course, that was a hope in vain.

“That’s your lot.  Don’t do it again or it will be at least a dozen.  I expect you want to finish off now, don’t you?  This time, try to remember to bolt the door.”

I was so, so ashamed.  He could read me like a book.  Of course I would want to climax!  I had been so close before, but he had interrupted me.  I’d leave it a few minutes, though. My red raw arse was in serious need of some massage before I could move my attention round to the front.  That had been one hell of a caning, but I was now beginning to enjoy the afterglow as I laid tummy down on my single bed.

Later on as I masturbated, I forgot about my school friends and instead thought about my brother caning me.  I fantasised that he also kissed me long and hard.  I imagined my face becoming sore from prolonged contact with his bristly beard.  Then I imagined him caning me hard once again.  I pictured his muscled arms and the cane gripped tightly in his large right hand.  I wondered when he had last been caned.  I wondered whether he had enjoyed it.  I felt sure that he enjoyed caning me.  After all, it seemed to happen every week or so.  I wondered to myself why it seemed as if I enjoyed being caned.  Did I want more?  Did I want it harder?  My cock was rock hard and seemed thicker than ever before.  I was peaking and I came noisily.  Thick spurts of hot white cum splashed onto my chest and my bed.  Then I remembered that I hadn’t bolted the bedroom door!  Oh no!

All characters appearing in this story are fictitious. Any resemblance to real businesses or persons, living or dead, is purely coincidental.

Story © MMXV by 11plus, used here by very kind permission

Comments welcome, please use link at top of story